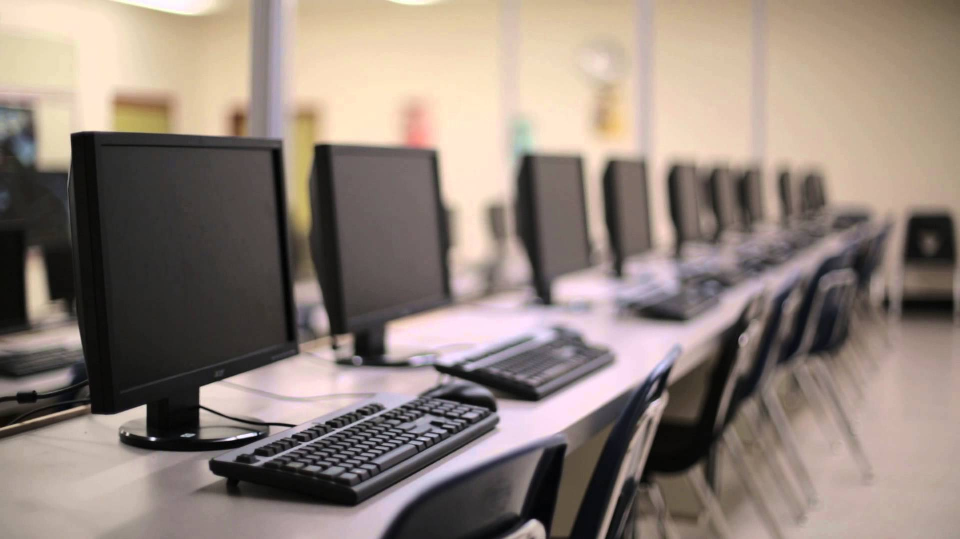 Computer rooms are like a different environment in schools. It seems like being in front of a computer brings out a certain behaviour in students that you don't see in other classes, for some students anyway. I've often wondered why that is. I guess part of that would have been down to me, and my behaviour management skills over the years (or lack thereof). However, when observing other teachers, I've seen the same thing. They come into the computer room and they feel comfortable playing around, going on sites they know they shouldn't, not listening to the teacher etc...Why is that?

As a computer science teacher, I've pretty much seen all that can happen in a computer room, so have my techniques in managing and controlling my classrooms. I am able to create the learning environment that the students need flourish in. However, this didn't come over night. This post won't concentrate too much on techniques you can use to control your class, as I will have a few links at the bottom of the post which can do that. Here, I want to talk about why I think computer rooms have that effect on students. I've been thinking about it a lot, and this has led me to a few conclusions, which I wanted to share.

Reason 1. The computer as a tool for recreation not learning

It's very rare these days to have a student who has never used a computer before they enter secondary school. Most, if not all, know how to surf the internet, go on their favourite social media site, find their favourite game or watch their favourite online video channel. In a nutshell, they know how to use the computer as a tool for entertainment, which is what it is for most young children and young adults when they are at home. So the only time they go on a computer is when they want to have fun. In most cases, it's not just an association, but a strong association. So when they come into a computer room, at school, they associate that environment, and that tool in the same way as if they were at home with their own computer.

The process of changing that computer-recreation association, to a computer-learning association when at school is not always a straightforward task, but it needs to be done before affective learning can take place.

Reason 2. The computer room as a place for escape

How many teachers have used computers or the computer room as a treat for their class? It's the end of the term, so "they're not going to learn anyway", so they are taken to the computer room for a bit of fun. Or the teacher has not bothered to properly plan their lesson, so "let's go into the computer room and get them to "make a poster" or "do research". The students know exactly what that means and use it as a bit of an escape, in the same way as it is for the teachers that are taking them there.

On one occasion, while I was in my computer room teaching a 6th form class, a collection of lower school students (year 7 to year 11) suddenly stormed in with their teacher in tow. A few seconds later, after the immediate shock of an invasion had dissipated, I pulled the teacher aside, informed said teacher that I was in the middle of a scheduled class and asked what was going on. The teacher explained that they'd had a terrible day, admitted that they hadn't planned the class and the computer room was all that teacher could think of! There were also a number of times, where teachers had asked if they could use the room, most of this happening, quite coincidently, near the ends of terms.

So think of a situation when it comes to actually teaching, when you want the students to engage in learning. You now have to battle a very real association of computer room-relaxation that has now been drilled into the students. In a school where ICT or computer science lessons have not been brought in within the first few years of the schools existance, this is all the more difficult.

Reason 3. The Computer as an unusual learning tool

This for me is a more serious problem as it is more widespread. Although computer use is now pretty much everywhere in society, in schools, students don't actually use them that much. They are definitely not used at the same scale as they are in the real world. In some schools, the hour of ICT or computer science class is the only time a student will use a computer for learning in school that week! So a student having, let's say, 5 lessons a day, 5 days a week, so 25 hours of lessons, will use a computer as a tool for learning in only one of those. Let's just sit back and think about that. In 2016, the 21 century, some students will spend 1/25th, which is 4% of their learning time in school using a computer to learn! How ridiculous is that?

I'm conveniently ignoring the fact that some of the most deprived students don't have access to a computer at home so that 4% school time is it! Let's not even contemplate the scenario that some Academies would have the ability to remove that 4% if they saw fit! I'm not talking about a 3rd world country either. This is in the UK!

Now don't get me wrong. I'm not saying that a computer is they only way to learn or even the best way. I'm also not saying that you cannot learn well enough without students using computers. But you cannot ignore the huge benefits that student access of edtech brings (which I have mentioned in previous posts).

Considering the above scenario of students spending only 4% of school learning time using a computer (if they're lucky), it comes to no surprise that when that time comes, the experience of using one is too unusual for them to be as effective as it should be. They are so used to learning without a computer, the experience can be difficult to handle and can display itself in behavioral issues in the worst cases, and reason number 1, the computer-recreation association at its best, as this, for most, if not all students is significantly more familiar.

So, there you go... These are just a few reasons I have been able to think of, however, there are probably more.

It may not ring true in your case. And, of course, after the students are used to using computers, even if it is for 4% of their learning time, they should get used to it after a while. I have experienced some classes where it has been much easier to teach the same class ICT in a computer room than maths in a regular classroom.  So it would be interesting to hear your experiences.

For those that want to know what to do about this issue, I will be discussing my teaching techniques In a future post. But I won't leave you stranded. Below are a few links that can help you out.