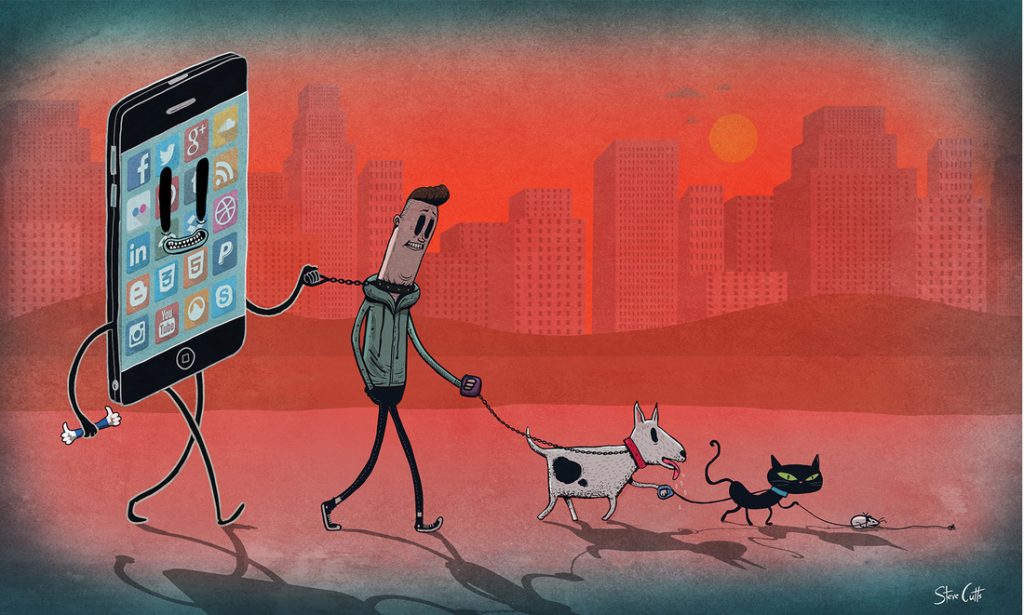 As a teacher of technology who uses technology to teach, many others look upon me as if I were bringing in the zombie technology apocolypse. Many already believe that the younger generation, the digital natives, are already too far detached from reality, with toddlers trying to invoke interactivity from regular paper magazines.

But is this really the case? Are we becoming slaves to technology?

Many such as London based illustrator and animator Steve Cutts (artist of the title picture) and photographer Eric Pickersgill already believe so.

My previous blog post on the history of educational technology discussed the meaning of technology and how it was used and seen as useful in the past. The meaning of that post was to put the technology of the past into perspective, and in part, to understand that the way we interact with technology is not new. I also believe that the issues many face in coming round to technology are also not new. I'm sure many have been on public transport and seen the image of everyone engrossed in their phones. However, the same or similar was seen in previous generations with other media, such as newspapers. 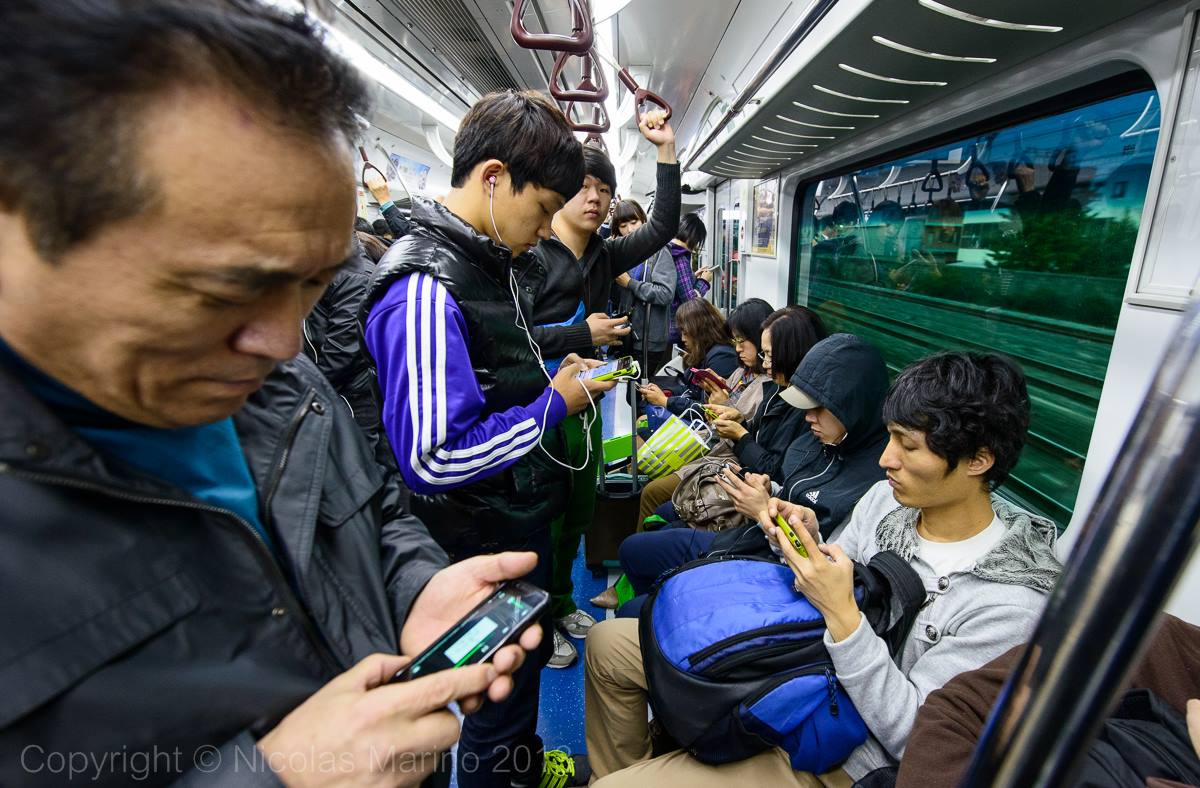 And just like now, where people are trying to put limits on smartphone or technology use, the previous generations felt to do the same. Frank Furedi, Professor of Sociology at the University of Kent and author of "The Power of Reading: From Socrates To Twitter", discusses in his History Today article, what was known as reading fever of the 18th century:

When cultural commentators lament the decline of the habit of reading books, it is difficult to imagine that back in the 18th century many prominent voices were concerned about the threat posed by people reading too much. A dangerous disease appeared to afflict the young, which some diagnosed as reading addiction and others as reading rage, reading fever, reading mania or reading lust. Throughout Europe reports circulated about the outbreak of what was described as an epidemic of reading. The behaviours associated with this supposedly insidious contagion were sensation-seeking and morally dissolute and promiscuous behaviour. Even acts of self-destruction were associated with this new craze for the reading of novels.

Does that sound familiar? Is it what is happening now? If so, is the way we use edtech and teach technology in schools to blame?

I honestly think that the issue is not as bad as it seems (but I am biased!). I believe, that there are issues, technology addiction does exists, and in real cases obviously needs to be dealt with appropriately. But is it a societal epidemic? I don't think so. However, I do think that schools have a responsibility to teach and model acceptable use of technology, and show alternatives where available. However, similar to many education technology issues, this is not at the forefront of many school agendas. As a computer science teacher, and even as a past ICT teacher, I have included responsible technology use in assemblies and class presentations. My school, along with many others promote enrichment activities that highlight non-tech activities.

However, I do believe, that the technology we use is misunderstood. The smartphone connected to the internet, is not just one tool, it is multiple tools in one device. Whereas in the past, we would pick up a book or magazine to read, go to the library to do research for education or work, pickup a camera to take pictures, go through our photobooks to look over those pictures, write a letter to communicate with someone far from us, get together with friends to share experiences, talk to people to get advice, open up a map to find our way around town, pick up our walkman to listen to music, go to the cinema to watch a movie, go to the highstreet to shop, play games on board games, pay bills via post, ( I could go on), now we can do all those tasks on one device. So in the past, we would be forced to interact with people, forced to go out, forced to do things in order to achieve our goals, now we don't need to. The restrictions and practices in our lives have changed, and we have simply adapted along with it. Wd are no longer forced to do the things we had to in order to achieve the things we wanted, so we simply... don't.

In my next post, I'll be discussing what we are missing if anything, and what we should do about it.