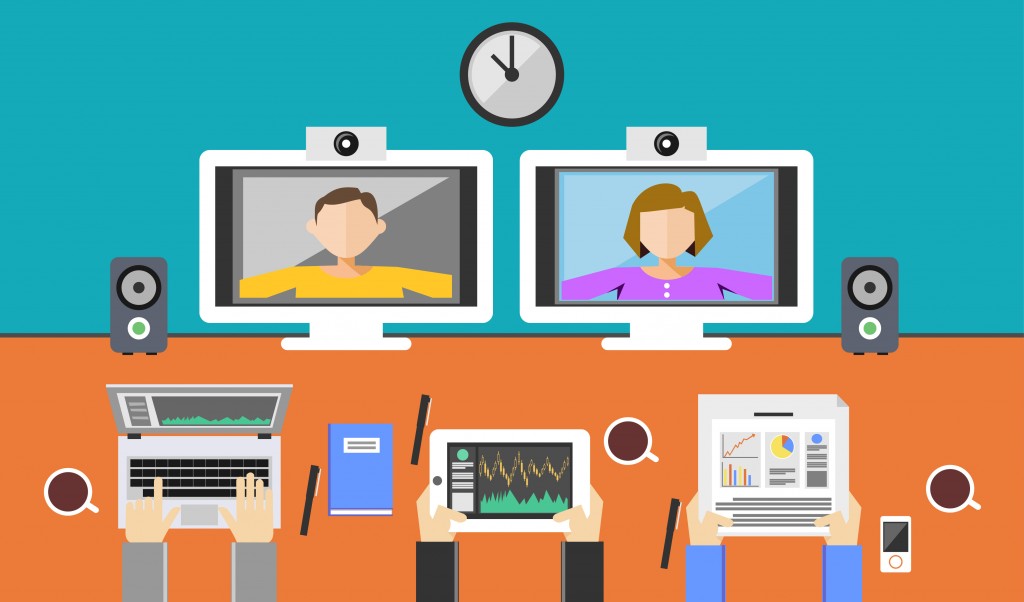 Distance learning is nothing new. The Open University have been doing distance learning since 1971, but the Internet, invented two years earlier, had nothing to do with it. The network of computers, which was then called the ARPANET was very much in it's infancy, and was not vast enough or accessible enough at that point to make an impact to the world of education. So distance learning had to rely on snail mail and it worked.

Things have moved on since then, thank goodness, and nearly 50 years on we now have technology that is faster, more efficient and more effective. However, how much of a viable alternative is it? What I'm talking about, isn't just youtube videos, Khan Academy or any of those other online courses with pre-recorded material such as Lynda.com and Udemy.com and the like. I'm talking about live, tutor lead instruction via video. This is, I believe, the most advanced alternative to face to face instruction that exists. With all the tools enabling us to do this at our disposal, I'd like to discuss two of them, the two I have had the most educational experience with, Google Hangouts, and Spires tutoring platform.

When it comes to edtech tools, Google Apps for Education has been a go to set of tools for me for the last few years. Which is why when it came to classroom teaching, Google hangouts was an obvious option. As a teacher in a Google School (a school that used Google Apps for Education, not a school run or owned by Google) when I chose to use it, one of the biggest advantage in a classroom setting was that all the students already had accounts, and therefore fairly easy access with minimal extra administration.

Now, using video is not my regular mode of classroom teaching, however, when I used Hangouts, I had already left the school I was teaching at, and was working somewhere else. However, as a result of a fairly serious, unforseen circumstance, I was asked to continue teaching a select group of students. So, being unable to be on site for all the lessons, I offered to continue via hangouts. The offer was accepted.

The above example has the student participants on the right hand side of the screen with the work e-portfolio (being shared) along with their individual worksheets in the different tabs of the web browser.

To set the stage, the subject being taught was Computer Science A-Level and I already knew these students having had taught them for the previous 9 months. The curriculum and resources used in teaching were familiar to the students and I had already trained them on other aspects online learning, which were fully online resources, an online e-portfolio and online marking and feedback. Also, the students were sixth form students, so had a level of maturity which was required. Having a maximum of 10 students in the classes I was teaching at the time, the Hangouts group limit of 25 was more than enough. All the students at the beginning of the academic year were given a Chromebook for their A-Level studies, and similar to a regular class environment, the students used these in the classroom for the lesson. The only difference was that I was teaching the lesson from a remote location, my new office.

Behaviour within the class, although not a serious issue for the sixth form students (aged 16 to 18+), did come up as an issue at times. Online classes via this method are not ideal in this situation, and if I did not already have rapport with the student, this would have been a bigger issue. Lack of attention, or distracting others within the class with this method was dealt with by asking the culprit(s) to move to another classroom. Although the student was now not in physical contact with the other students, they were still able to participate in the lesson via Hangout. The other issue that sometimes came up was lack of focus or lack of work during the class, which I anticipated would be a possibility, as the authority figure (me) was not in the same physical location. To counter this, I made sure to monitor their classwork regularly during the lesson. This was easy to do, as all the student work was done on Google docs, which I had full control over (owned by me) but the students had access to (shared with the students). By having all the student worksheets open in browser tabs at the same time, while the lesson was underway, I was able to see when the student were typing, how much they were typing and exactly what was being typed. This sharing and simultaneous editing feature is one of the best features of Google Apps. As they all had their Chromebook cameras and microphones on, I was also able to see the students working or being distracted and could hear the conversations happening during the lesson.

This method, although, not the regular method of instruction, proved to be extremely useful and could be a viable solution for long-term teaching and learning.

Another experience of online teaching is with Spires, a tutoring platform and website I use to teach Computer Science and Engineering based subjects. Different from the Hangouts example above, which was used as a class based method, Spires was used for one to one tutoring. The platfor works like this: Students or their parents post jobs on the site, which would be subjects that the student would be having difficulty with or would want to advance quickly with; available tutors for that subject would then bid for the tutoring roles and offer a trial session; the student or parent would then pick the tutor best suited for them. So for the most part, the tutors and the tutees do not know each other. It is possible, to invite students you already know to use the platform, however, a majority of the sessions I conduct are with tutees previously unknown to me and therefore, little to no rapport has been built beforehand.

The image above is of a shared view of a computer science text book on Spires (using Zoom), with the video image of the student on the right hand side.

Similar to Hangouts, Google Apps for Education is still my number one resource, allowing me to share notes, worksheets and PDFs whenever needed and allowing the tutee and I to work simultaneously when required. Sharing screens and the ability to mute video and audio are a feature present in both Spires (which uses the Zoom video conferencing platform) and Hangouts.

It is important to be mindful of the type of environment that is conducive for online tutoring. In my opinion that environment would include self motivated, mature learners, who have a real interest in learning the material, have an accessible, fast internet connection and time to spend on the sessions, and of course the funds to afford the sessions themselves if required. (The hangout sessions for the students did not include a fee, but I am sure one could be set up with the platform if required). One important addition is that session in both Spires (Zoom) and Google Hangouts can be recorded which allows the sessions to become a resource in itself, adding another dimension to the learning environment.