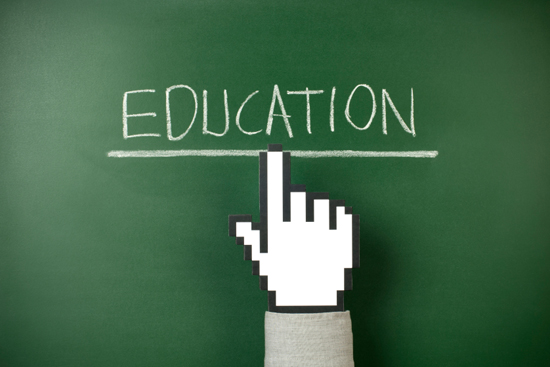 I love old-fashioned chalkboards. They are fun, attractive, last virtually forever, and are easier to clean. Chalk is extremely inexpensive as well. Ahhh, I remember the good ole days as a kid in elementary school, always eager to volunteer to wash the chalkboards after school, pounding the immense clouds of dust out of the erasers, wheeeeee!

I do not care for marker boards. I find them unsightly, and they seem difficult to clean. The appropriate dry-erase ink often leaves permanent stains on them. aaaack... I have nothing nice to say about marker boards.

I don't really have an immediate need or use for chalkboard or markerboard, but I am very curious about the whole thing, nonetheless.

also: Are traditional chalkboards still being used in contemporary schools? I haven't set foot in a school classroom in over a decade.'

By MagicSilverKey on 14th August 2001

It was in about the late 1950s or early 1960s that the whiteboard was invented, but it took roughly another 30 years for them to become popular. I'm sure between that time, statements like the one above by MagicSilverKey were not uncommon. Harking back for the good old days. Now in 2016, in the educational establishments that I am used to, statements like that seem quite ridiculous. I'm not sure if you would hear any comments, questions or statements regarding the feasibility or the advantages/disadvantages of the whiteboard over the blackboard (or chalk board). It's no longer a question. That discussion has been had, for the most part anyway (The Washington Post, Stonehouse Designs, Science Blogs).

when the whiteboard came out, it was not the saviour of disgruntled teachers and lecturers as soon as it was invented. It wasn't the technological messiah that the education establishment had been waiting for. The whiteboard had some convincing to do, about 30 odd years of convincing, in order to get to a state where that "technology" seemed an obvious choice. And even then, well, even now, there are still those die hard few that don't like it.

Lets look at our current technology, and what the world relies on. The internet was invented in 1969 (The Arpanet), the World Wide Web, 20 years later in 1989 (WWW). When they were invented many thought that they were a waste of time and resources, and never saw it as a useful piece of technology. Even the modern computer, which was created around the 1950's had similar views, and most of us already know of the famous quote by Thomas Watson, the President of IBM in 1943

"I think there is a world market for maybe five computers."

I draw parallels here, with the current world of education technology. Yes, it's a huge and growing market, currently worth billions of dollars, but there is still a large contingent of teachers and educators that are reluctant to embrace it.

You don't hear people yearning back to days before the printing press, or before penecilin, or sliced bread, but you do hear teachers talking about their hatred of technology in their classroom (or just technology in general). It was 36 years ago, roughly when the BBC introduced Computing into UK education with the BBC computers, and they are trying again with the BBC microbits. During that time, educational technology in the UK has been all over the place. With purchases of interactive whiteboards, which have gone to waste, tablet computers that have gone to waste, and lots of teacher software, that teachers hate using, and have therefore, gone to waste. So to be honest, I don't blame them.

But if you stand back to get some perspective you realize that it's all just 21st Century Chalk.

This phrase represents so much of what is happening in the world of edtech. At its simplest, it represents what modern Educational Technology is, just a tool to help us teach the next generation of students that come along. Nothing more, nothing less. On the one side, we shouldn't shun it in favor of what it's meant to replace, before we can analyze and experience it's benefits. On the other side, we must not hold it up as the answer to all our educational problems.

But at its most analytical, 21 century chalk also represents a looking, not just at the simple tools for Education, but the methods and theories used for teaching and learning. Long gone are the old days of chalk and talk. We now live in the days of 21st century chalk and talk/collaboration/discussion, facilitated by the likes of the SAMR Model, and methods like Flipped learning, and more easily facilitated gamification through software like Minecraft edu.

So I've decided to change the name of this blog, as this is its main purpose. Yes, I still want to address issues of misunderstood tech, hence the old name Tech MiseduKation (with the intentional replacement of the c). However, the new name is a grounding. Explaining what educational technology actually is, or at least, how I see it as well as how I feel it should be used.

21st Century Chalk. We're doing the same thing, but in a different way, in a different time, for a different generation. And for those that are reluctant to embrace it, we'll look back in 10, 20, 30 years time and we'll realise that we sounded like MagicSilverKey, who just wanted his blackboard back.