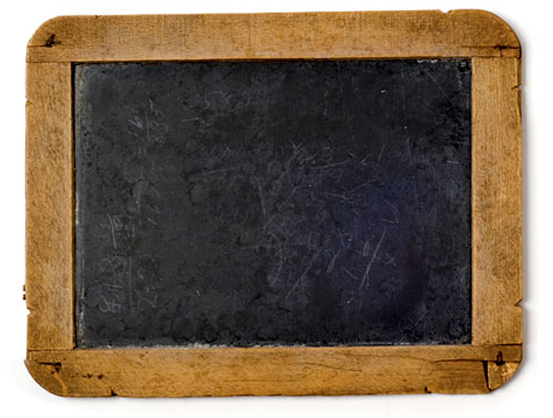 It's been a good while since my last post. I took a bit of a break during the school summer holidays from planning, teaching, marking, researching, blogging, tweeting and all the other stuff that I do, and just relaxed a bit, travelled, got caught up in the whole Samsung Galaxy Note 7 Saga and spent time with my lovely wife. But I'm back, and have been trying to catch up on #edtech. After my last post, which discussed the renaming of the blog, I thought I would be a good idea to go back, back to the beginning and talk about the history of educational technology. To see where we are and where we want to go, it's a good idea to see where we have come from. As always, I have drawn on a lot of other peoples' research, please check out all the links within the document, and at the bottom of the post, and of course, let me know what you think in the comments...
When people hear the word technology, it is normal to think of modern technology, smart phones, computers, artificial intelligence, etc. However, technology,

“The application of scientific knowledge for practical purposes, especially in industry.” - Oxford Dictionaries

should include old and ancient technology. When looking at education specifically, we should include the invention of the chalkboard, the pen, the printing press, and even as far back as writing and drawing itself. When looked at it generally, you can see that the history of educational technology is in fact closely tied to the history of technology itself, where nearly every technological tool can an has been used in the pursuit of learning and education. When looked at from this angle, it is quite understandable that keeping technology separate from education is not possible and is in fact a pointless endeavour. So one can actually say that educational technology started with the invention of writing, the recording of information, allowing the communication of information in a different form. This would have been as early as 40,000 BC. Skipping a few other inventions, brings us to some other forms of technology, or methods which are important to education such as the printing press in the 15th century, which allowed for mass adoption of reading, due to reduction in price and increase in availability of reading material (Check out my post on why everyone using their phones is not as bad as it seems). This technology helped to bring in the age of information and the sharing of ideas much more easily, therefore the improvement in learning techniques.

To describe in quick succession, the educational technology developments from 16th century, I shall draw from “The Evolution of Technology in the Classroom” from Purdue University. It states that in the 16th and 17th centuries, Horn-Books, which were wooden paddles with printed lesson were used, to help students memories quotes. In the mid to late 19th century, the Magic Lantern which was an early version of the slide projector, was used to project images onto glass plates. The late 19th, and beginning of the 20th century brought the chalkboard mentioned above and the mass use of the pencil, the radio, the overhead projector and ballpoint pen, headphones, and then videotapes in the mid 20th century. Around this same time, the Skinner Teaching Machine was invented by B.F. Skinner, which was a mechanical device used in testing and teaching which also gave rewards, in the form of sweets if the correct answers were given. This would have been one of the first tools merging technology and gamification to reinforce learning. After this, the mid to late 20th century continued to bring further educational technology advancements with the mimeograph, which led to the photocopier, and the handheld calculator and then the scantron testing system by Michael Sokolski. This allowed teachers to grade tests quicker.

All these pre-computer elements where still educational technology tools which served the exact same purpose that modern technological educational technology tools do, which is to increase the effectiveness and the efficiency of learning, by one method or another. It is also important to remember that these elements by themselves could not and would not aid in teaching without the guidance of a skilled teacher, who knew how to use them to improve and enhance learning.

It was around this time, the 1980s when computer technology was introduced to schools in the UK and worldwide. Computers existed before this, but had been too large, and too expensive to be used in a secondary educational setting. Even in the 80s computers were rare, and didn't really take off for another 10 or so years, in most countries Now, with the coming of the digital information age, the computer in all its forms (desktop, laptop, tablet, smartphone) and the internet has taken centre stage and is gradually taking the place of many of the tools that once existed.

This is by no means an extensive list, and there are lots of really important milestones that I have missed out. These can be seen by checking out the links below, which I used to research this topic, the most interesting of which is an actual interactive timeline, found on Tiki Toki.

It's nice to see it in this form, as it puts it all into perspective, and it is much easier to see that in the last few decades, technology has really contributed to the way we teach in such a big way. What will be the next big invention?